Known variously as Surya Namskar or Prostrations to Sun or Sun Salutation, the Surya Namaskar is one of the best exercises that people can perform. The benefits accruing from these exercises are unique and excellent. This is a yoga based exercise and it is customary to perform Surya Namaskar after performing loosening yoga exercises.

These same five kosas can be further grouped into Gross (or Sthula), the Annamaya or body sheath, Subtle (or Sukshma) consisting of the pranic, mental and intellectual sheaths and the Causal (or Karana), the Bliss sheath.

Properly performed Surya Namaskar impacts and influences all five sheaths – the body, the breath, the mind, the intellect and the bliss – thus providing to the performers of these exercises the benefits for the Sthula (Gross), Sukshma (subtle) and Kaarana (Causal) bodies.

Whereas conventional exercises of all forms including aerobic, weight lifting, walking, jogging and running are designed to provide benefits to the physical body and its various component organs including joints and muscles, Surya Namaskar provides benefits of a holistic nature by working on the physical body, praana (breathing), mind, intellect and the bliss components (or kosas) of the entire human personality.

In that sense, Surya Namaskar can be considered to be a personality development tool and must be included as part of one’s wellness program

1. Stand facing the Sun with palms folded and both the thumbs touching the chest. Breathing: Inhale while raising the hands and exhale as hands are brought down to chest level

4. Set both hands with the palms down firmly on the ground, pull the left leg backward, raise the head looking at the Sun, full weight resting on the two palm and ten fingers. Breathing: Inhale

5. Bring right leg back close to left leg, keeping hands and legs straight, bend the body at the hip forming an arch, just like a mountain, known as ‘parvathasan or mountain pose’. Breathing: Exhale

6. Stretch yourself fully on the ground in the Saashtanga Namaskar pose (all eight ‘anga’ or parts of the body on the ground – head, thigh, eyes (sight), mind, word, feet, hands and ears (hearing)).

In reality, feet, knees, thighs, chest, forehead touch the ground with the hands stretched out and in folded position, with your mind and thoughts on the full namaskar, then slowly turn the head to the sides first to left and then to right so that each ear touches the ground.

7. Slowly raise the head, bend backward as much as possible, hands straight, in the cobra pose. Breathing: Inhale

9. Same as Step 4 with the difference that the right leg is brought forward. Breathing: Inhale

There are no upcoming events at this time. 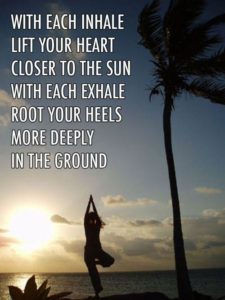 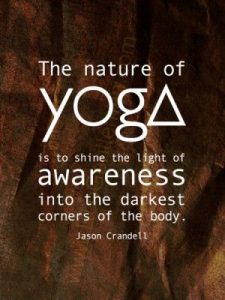 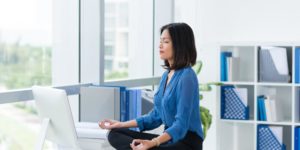 Even yoga exercises that don’t get your heart rate up that high can improve cardiovascular conditioning.

Studies have found that yoga practice lowers the resting heart rate, increases endurance, and can improve your maximum uptake of oxygen during exercise 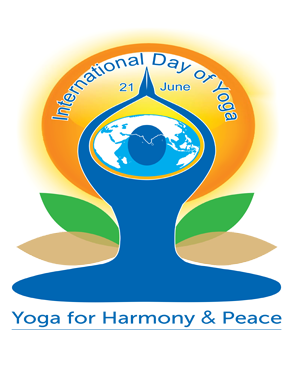